Be aware, finding places to eat in Rome in August can be a challenge, many close their doors for a couple of weeks!

Traditionally Rome all but closes down in August, that is, most of the good places to eat and many small businesses, one of the very best Trattoria is Rome, Armando al Pantheon shuts his doors for the whole month!

Finding time to get away during the summer months is particularly difficult for wedding photographers, so we grab the chance whenever we can, even if it is in August and yes, we don’t have to go to Rome but there were a few places we wanted to check out for lunch and dinner and a few photo exhibitions we wanted to see so Rome for a quick 24 hours R & R it was.

First stop for a ‘light’ lunch was the slightly ubiquitous (as in every food guide for Rome mentions it), Ristorante Salumeria Roscioli. You will not read any blog or article about Roman eateries without hearing about this small delightful place, so it was about time we tried it out for ourselves. You need to book and they are quite strict on timing so don’t be late, it’s a really nice place, modern and cosy with attentive staff.

Since moving to Italy I have fallen in love with Anchovies (alici / acciughe), and they are the first thing I go for when I see them on a menu. Only the expensive ones though, and only the best, which in my opinion is ‘Acciughe Del Mar Cantabrico’, they are AMAZING!

So it was the Cantabrian sea anchovies with vanilla butter for me to start, whoever thought of the combination is a genius, salty, smoky, and sweet, the vanilla butter and beautiful bread complimented the little fishy flavour bombs perfectly. A little side : if you are interested, in Italy, you will see anchovies called Alici and also Acciughe, when they are fresh or marinated they are Alici when they are brined or preserved in oil they are Acciughe.

Conor ordered the ‘Alici fritti’ (more of them later …), they were ok, we thought the taste of breadcrumbs hid the flavour of the fish, a bit of style over substance. The pasta dishes were generous one would have been good for two, I had ‘Cacio Pepe’ and Conor ‘La Gricia’ both really good, we both love the staple Roman pasta dishes and when they are done well are a joy to eat. We shared a nice cool bottle of local Frascati and were served a complimentary dessert of those wee hard biscuits with a rich warm chocolate fondue, a little taste was enough for us both.

I would recommend Roscioli and it is a nice place if you are on honeymoon, something a bit special without going overboard. Prices are a little bit above average, portions are generous and quality is very good.

Following a recommendation, we booked a table at Osteria dell’Arco on Via G. Pagliari for dinner. I must have passed it so many times when doing Irish weddings at St. Patricks Cathedrale. They have daily specials based on seasonality and an in-house sommelier who will recommend a wine to compliment the dishes you order. It is a small restaurant with some tables outside, all of which were occupied that night, with one being ours. Both of our meals at Osteria dell’Arco were really very good, especially the tagliata, cooked all’sangue as Conor likes it and definitely one of the best steaks either of us has had in Italy, in our opinion Irish beef will always be superior! Osteria dell’Arco is a great find and is now on our list for a return visit soon.

The next day before we headed home we decided to squeeze in the first sampling of another well-known Roman eatery, Nonna Betta in the Jewish quarter. We had not booked and were lucky to get a table even though we rocked up early for lunch. We had read good reviews and judging by the crowd there at 12.30 it was defiantly a popular spot. Nonna Betta is famous for its fried artichokes ‘carciofi’ or as they are in Italian ‘Carciofi alla giudia’ and fried ‘baccala’, salt cod fillets that are battered and fried, also the aforementioned Alici Fritti as well as the marinated kind, we tried them all! As the big man said, “and behold, it was very good.”

Out of curiosity Conor ordered their version of la Gricia pasta, it was prepared with artichokes and little nuggets of what taste like roast lamb, being a Jewish establishment pork is not used, it was interesting, but he said he would stick with the real thing! 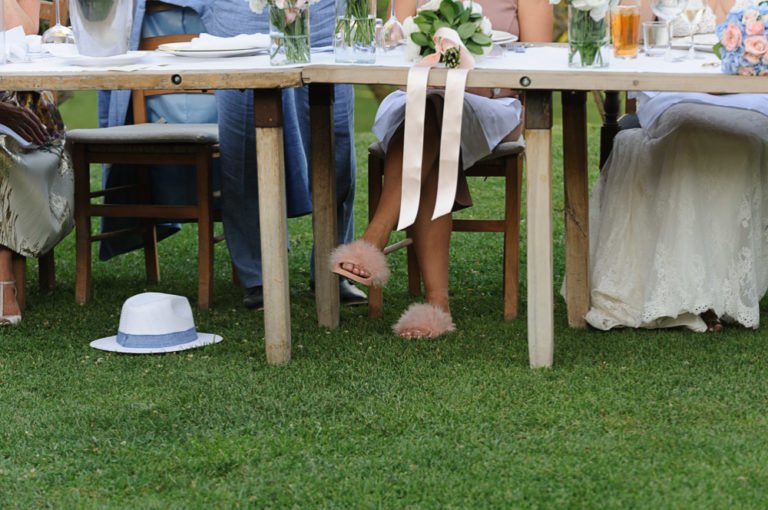 2018 was a very busy year, here are some of my Best of Borgo di Tragliata weddings I have written about the Borgo di Tragliata before so will keep this short and sweet, the place still proves to be a hugely popular venue for Irish and English destination weddings to… 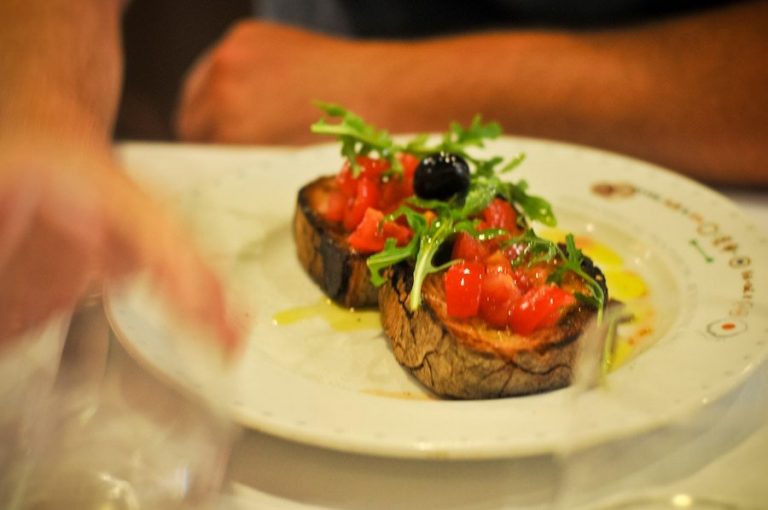 A Little Rest and Relaxation in Rome Last week Siobhan and I did something we haven’t done in over 7 years, went away for a night together, just us, no kids! Thanks to 2 special Aussies we made our escape to Rome for the night. Although Siobhan spends a lot…